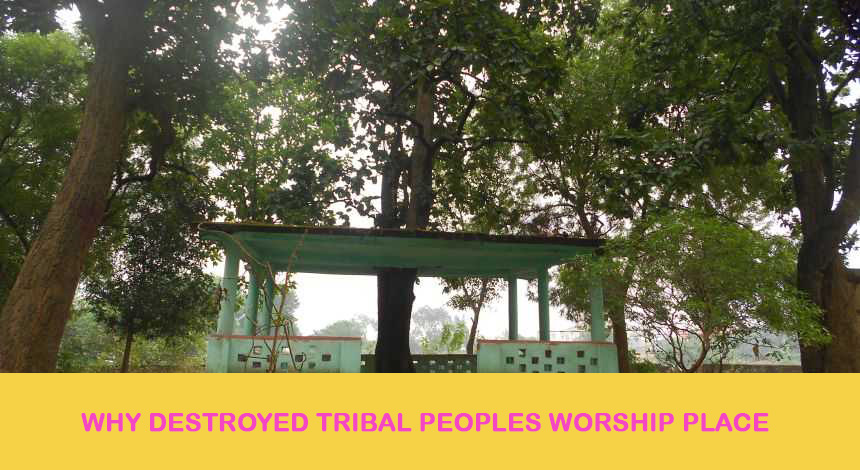 The question arises, why are these people still silent on the tribal leaders, tribal intellectuals, tribal organizations and tribal Manjhi Pargana governance system? Today, the tribal society is standing on the lines of do or die stage it’s another means fight or kill, yet the tribals are silent.

The tribal society wants to make some rebuttals as follows: –

1. Tribal leaders :- Tribal leaders do not understand anything to do with the tribal society because the leaders know that tribal people sold in liquor and meat. Politicians can do anything for vote bank as like these Political Party (like Jmm, Rjd, Bjd,BjP,Tmc,Congress etc). are engaged in making from non-tribal Peoples to tribal Peoples. Tribal Peoples have no understanding of politics due to which tribal society’s history, religion, respect, population and language are standing on the lines of extinction and tribal leaders are watching the drama.

2. Tribal intellectuals: – Tribal Peoples are make big leaders, ministers, officers, teachers, doctors etc. by writing, but they are not united among themselves. From time to time they go away after making big speeches, but for the rest of the day, they enter in the hole like rats.

3. Tribal organizations: – Various organizations are issueless, which do not have any policy-strategy agenda, all these organizations are limited to celebrating picnics, having fun, dancing, singing and Drinks Liquor(handi,paura)from time to time. These people neither have new thinking to save the society. The tribal society is unable to progress because of such organizations (Matal Sangathan) has created Drunker society (Matal Samaj).

Now a days the tribal Peoples of Jharkhand are disappearing, then tomorrow of other states. Today mine, tomorrow yours, That means today Parasnath Hill  (Marang Buru) and tomorrow Lugu Buru, like this, Tir Buru, Kapi Buru, Ayodhya Buru Tel Kapi Bharni Ghat etc. Encroachment will continue at the religious place because the tribal has to be destroyed, the identity of the tribal has to be Vanished as like as Parasnath Hill (Marang Buru) and Lugu Buru have occupied by Non-tribal (Diku).

I believe that we will fight for our existence, identity, respect, population, language, caste, religion, water, forest and land. Time is short but victory will be ours only. (Reported by Suresh Murmu,)