Tribals are demanding the Sarna code in the 2021 census 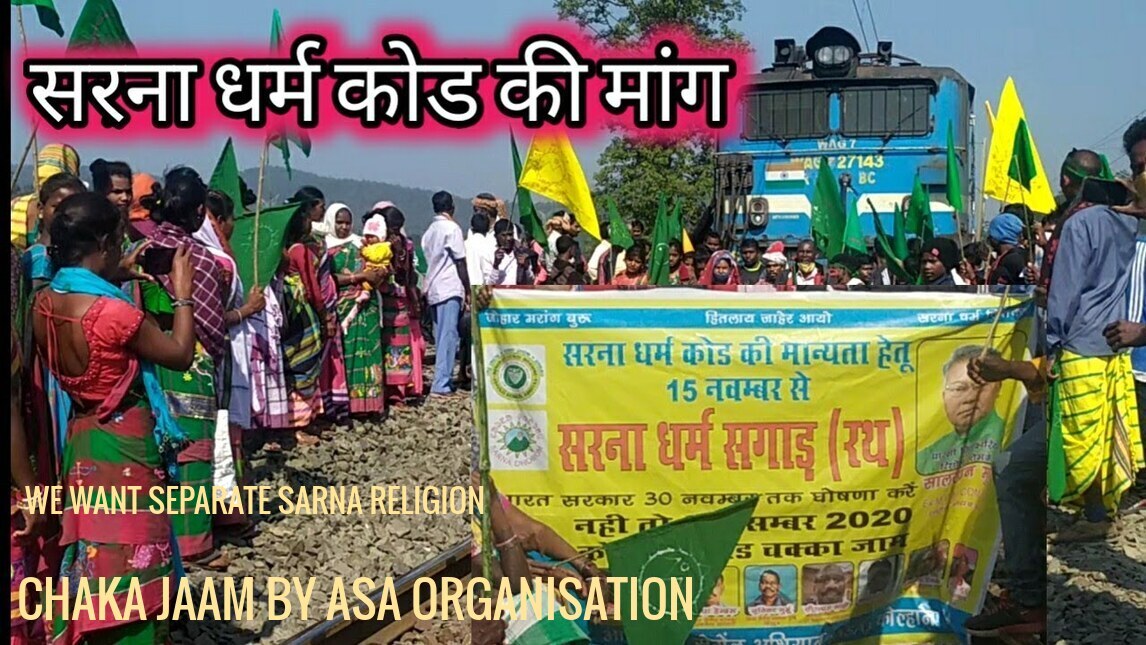 New Delhi 30/09 (Sirjan Khabar): The tribal representatives from ten states are preparing for the 2021 census, with separate religious symbols if the center doesn’t accept their demands.
All representatives will meet at the Gandhi Peace Foundation in New Delhi on October 3 and seek demands to Union Home Minister Amit Shah and also the Registrar General of India. All representatives from Madhya Pradesh, Chhattisgarh, Maharashtra, Rajasthan, Gujarat, Jharkhand, Bihar, Odisha, Bengal, and Assam will meet at the Gandhi Peace Foundation and draft a memorandum to the press for a separate religious code for the tribals in the 2021 census. we are planning to seek a gathering to place our demands with the Union home minister, registrar general of India, and heads of varied political parties. If the govt. the stand isn’t favorable, we’ll have no option but to start out an agitation, ”said Prem Sahi Munda, national general secretary of the All India Bharatiya Adivasi Dharma Parishad.
Another set of tribal leaders under the banner of the Rashtriya Adivasi Samaj Sarna Dharma Raksha Abhijan have threatened an economic blockade in tribal-dominated states on a similar issue.

ASA (Adivasi Sengel Abhijan) brings out 200 Sarna Dharma Sagars (chariots) in five eastern states- Jharkhand, Bihar, West Bengal, Odisha, and Assam from Dec.2020 to press their demand and raise awareness among people. “We are forced to carry protests in several states because the central govt did not fulfill our demand for a separate Sarna code within the forthcoming census,” Salkhan Murmu, President of Adivasi Sengel Abhijan.

Tribal organizations in the eastern Indian state of Jharkhand have decided to accentuate their demand for a separate Sarna tribal religion code in the 2021 census. “The central govt should speed up the method for according a separate religious code for Sarna tribals as 2020 goes to end in a few days,” Lalit Kachhap, general secretary of the All India Tribal Development Council, told media. “We will oppose the 2021 census if our rights aren’t recognized.”

Jharkhand state Chief Minister Hemant Soren’s administration passed a resolution in Jharkhand’s assembly on Nov. 11 that seeks a special category for followers of the Sarna religion within the 2021 census. “Sarna religion tribals are nature worshippers, they are doing not belong to any sect and their demand for a separate code within the census dates back to the 1990s.”

The 1951 census contained a category for a “tribal” religion. This was abolished from later censuses. After that the tribal peoples embraced different religions, causing a serious loss to the community..