Sidhu’s resignation letter was rejected by the Congress supreme headquarters 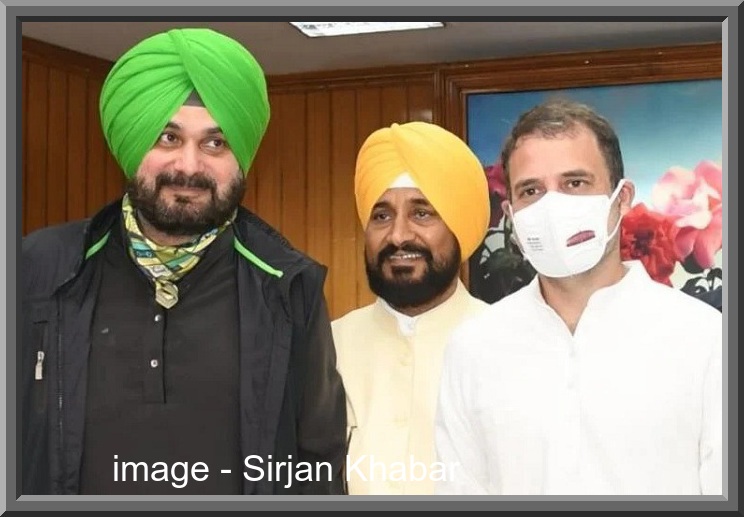 New Delhi 29/09 (Sirjan Khabar): Punjab Congress state president Navjot Singh Sidhu resigned from his post. However, the party’s supreme headquarters didn’t accept Sidhu’s resignation. The supreme headquarters has directed state leaders to resolve the case. After the long bitter feud of the Sidhu group with Captain Amarinder Singh, now the matter with Charanjit Singh Channi is not any less.
In a resignation letter to party president Sania Gandhi, Sidhu said the mediation would end the character of the person. I can never compromise on the longer term of Punjab and therefore the agenda of the welfare of the people of Punjab. that’s why I’m resigning because of the state president of the Punjab Congress. “Serving the Congress will continue,” Sidhu said within the letter.
Gautam Seth has resigned because the general secretary of the Punjab Congress after Sidhu resigned as state president. Punjab cabinet minister Razia Sultan has also resigned. “Nabjot Singh Sidhu may be a man of theory,” Razia said. he’s fighting for Punjab and Punjabi. Razia’s husband and former IPS officer is Mohammad Mustafa is Sidhu’s political advisor.