Captain Amarinder Singh will form a new party in Punjab 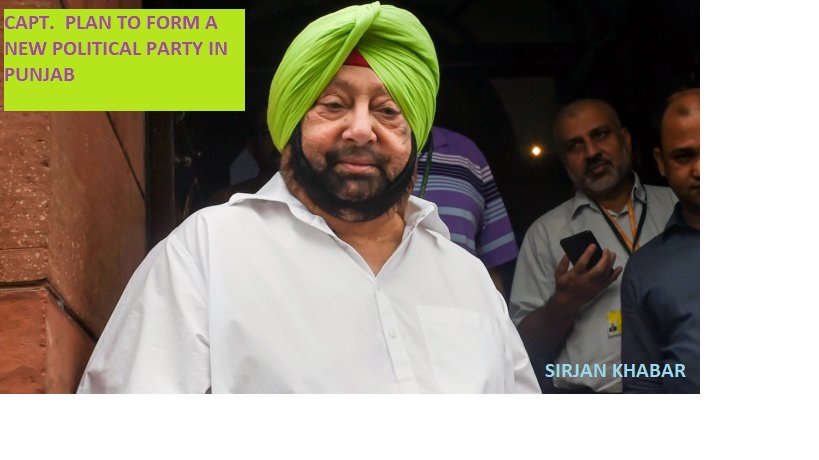 Chandigarh 20/10(Sirjan Khabar): A new equation is set to arise in Punjab politics. Captain Amarinder Singh, who resigned as a chief minister about a month ago, is set to reveal his whereabouts ahead of the forthcoming assembly elections in the state. Amarinder has announced that he’ll remove the suspense from his plan and form a new party. It also indicated that Punjab may have a conditional alliance with the BJP in the Assembly elections.

Amarinder also hinted that the long-running agitation against the three agricultural laws could be resolved soon. However, he may ally with the BJP, If he finds a satisfactory answer to the three agricultural law issues. There may also be seat-sharing with the BJP.
Amarinder said that in addition to the BJP for the Assembly elections to be held an early coming year, he’s considering combining with the Jhinsa and Brahmaputra coalitions, which are separated from the Shiromani Akali party. He’s thought to have survived an earlier attempt to oust him following Mr. Jiang’s intervention.
“I’ll not sit in peace until I secure the future of my people and the state,” he said. Punjab needs to be defended from political instability and internal and external troubles. I promise my people that I’ll do what’s in place now to assure peace and security in the state.”