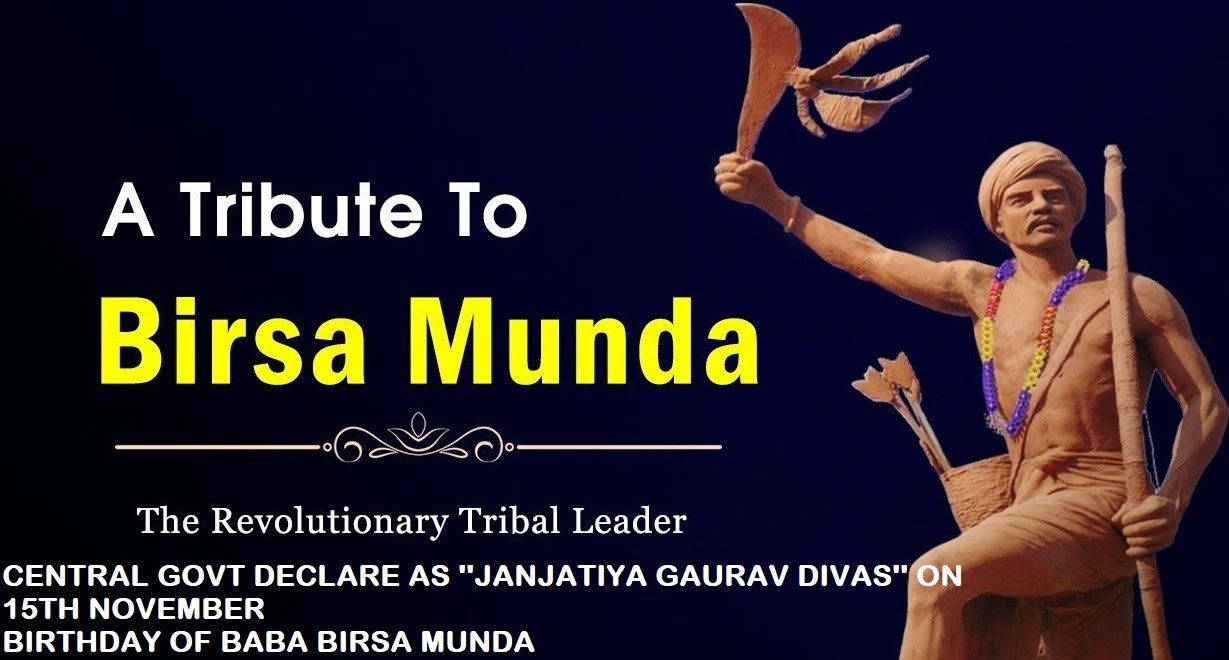 NEW DELHI 12/11 (Sirjan Khabar): The Union Cabinet chairman Prime Minister Shri Narendra Modi has given its approval to declare the 15th of November as JanJatiya Gaurav Divas (Tribal Pride Day) dedicated to the memory of the brave Adivasi freedom fighters so that the coming generations know about their sacrifices towards the nation. To know India’s freedom struggle was strengthened by several movements by tribal communities like Santal, Tamar, Kol, Bhil, Khasi, and Mizo, etc. The revolutionary movements and struggles organized by the tribal communities were marked by their immense courage and supreme sacrifice. The tribal movements in colorful regions of the country against the British colonial rule were linked to the national freedom struggle and inspired Indians across the country. However, the public at large isn’t much aware of these tribal heroes. As per the speech of the Hon’ble Prime Minister on Independence Day 2016, the Government of India has sanctioned 10 Tribal Freedom Fighter Museums across the country.

This date is the birth anniversary of Shri Birsa Munda, who is known as the leader of tribal communities across the country. Week-long celebrations from 15 November to 22 November 2021commemorate the glorious history of tribal people’s culture and achievements.