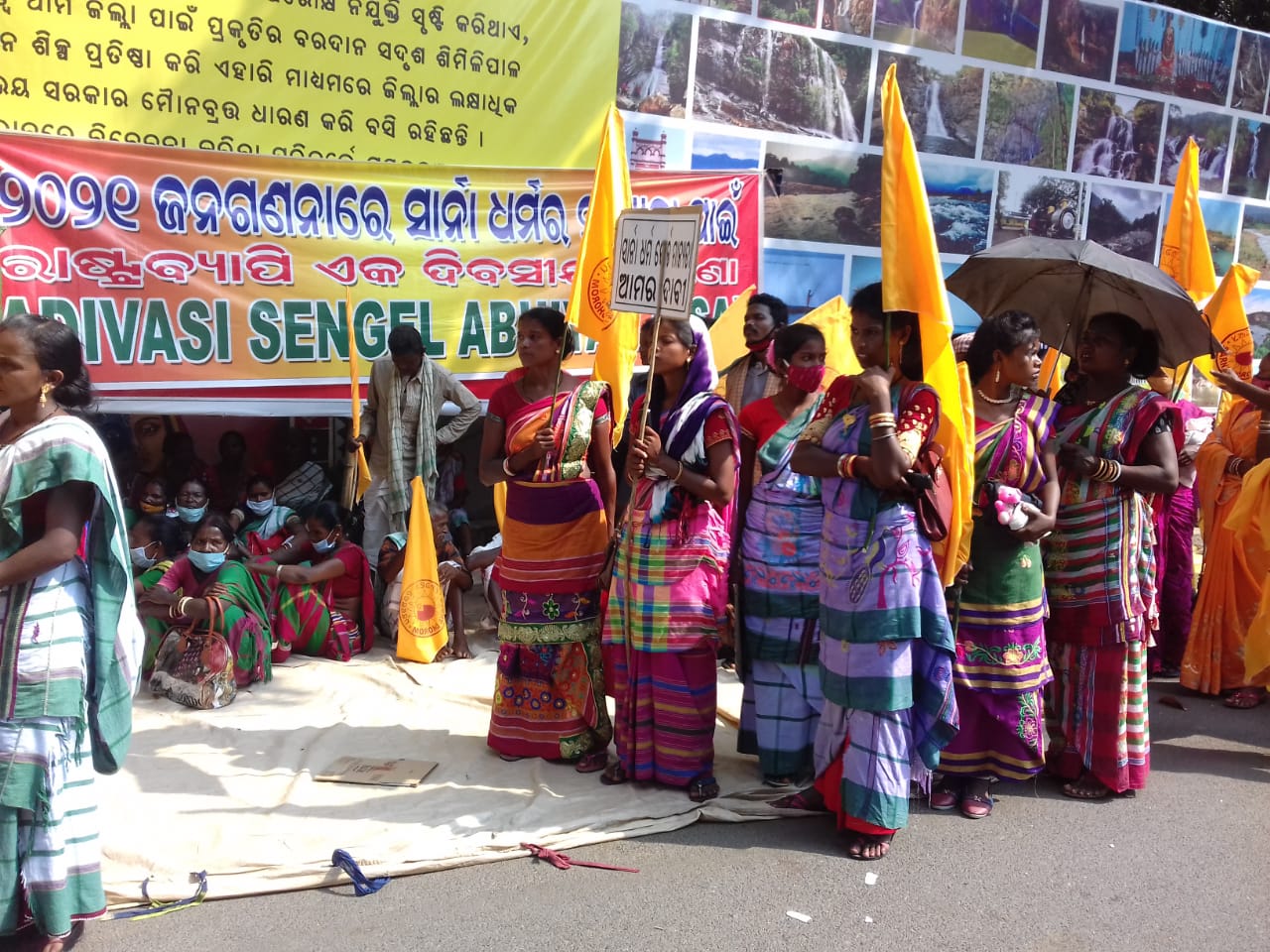 Bhubaneswar,09/10 (SIRJAN KHABAR): Today the Santali language winner, the national chairman of the Adivasi Sengel Abhiyan, and former Mayurbhanj district MP Dishom Ganke Salkhan Murmu urged for perception in every district commissioner’s office.
On this occasion, a memorandum containing seven demands was presented to His Excellency the President through the District Commissioner. His Excellency the President, the Prime Minister, the Union Home Minister, the Governor of Jharkhand, and the Chief Minister of Jharkhand. They have repeatedly expressed their condolences for the development of India’s 15 crore indigenous peoples i.e. Hassa (State / Land), Language, Sarna Religion. The Registrar General of India was directed to take action on the Sarna Dharma Code case on September 9, 2021; but till now it is unfortunate for tribal people. Therefore immediately give the Sarna Dharma Code in the 2021 census. Nature worshipers will get their separate regional identity in India. The Santali language will be recognized as the first language of the Jharkhand state, and also the indigenous languages Ho, Munda, Kuduk, Khadia etc.. will be included in the VIII Schedule of the Constitution.